Passing years, Hellfest becomes more and more spectacular, and for those who come here for the first time this is a show that you come to entirely discover only when it's over. It's a major event, pretty well done, a reference point for the French people... and not only.

According to French people, you have big chances to meet a lot of ordinary people knowing about the event ("Are you going to Hellfest? Aaa, that one with Iron Maiden"). Speaking about foreigners - a fantastic opportunity to spend a few days... a bit different.

Yes, many French people come to Hellfest and incredibly many foreigners. If we judge by the flags waved in public, this year spectators came from Iceland to India, from Honduras to Korea, from Morocco to Canada. A real celebration, a magic without racial or national stings. It's one nation, one religion, one direction: heavy metal.

For three days of Hellfest the organizers allocate 11 months of work and the best bands are preparing for an event which takes place in a Clisson fragile but very chic. Hellfest means a lot to many acres allocated for scenes, thousands of tents, a huge market for CDs, T-shirts and accessories, dozens points of food and drinks and, as it wouldn't be enough what you see on stage, even a space for fun and relaxation. Three days where the scandal was just on the stage, with a very civilized audience.

First disadvantage that you have to accept with resignation is that 3 stages out of 6 have concerts at the same time. So, best case you may attend... maximum third part of the festival only. Good news the stages have more or less same musical genres direction: except the two main ones (Mainstange 01 and Mainstage 02, where performs the best-known bands, regardless of genre), the other offers a same stylistic dirrection, which helps both the audience and sound, which remains permanently calibrated approximately in the same direction.

Like a friendly host, there were some French opening bands, and one of the first band on the third stage was Kronos, an old one, but who still haven't manage to make a solid name in Hexagon underground. However, the guys had a very well show, practicing a brutal metal well executed in front of a very large public who gathered from the first hours at the stage of death and black. In just 5 minutes (strandard break between bands) audience moved toward extreme metal stage where, from distant Singapore, Impiety honoured people from Hellfest. Impiety is a thrash-black metal trio, direct, violent, barbaric, demonic, but the sound was not too neat at Hellfest, giving the feeling of the band not having force and originality.

The first meeting with one of the main scenes was a few minutes later, at the British show of Satan. Veteran NWOBHM band, Satan was for the first time in France. The British guys offered and exciting and dynamic show, with tracks from all three albums released so far (headlines: "Twenty Twenty Five", "Testimony", "Alone in the Dock", "Break Free").

Gehenna was a very good reason for a return to the extreme metal scene. Depressive, grim black metal, a misanthropic show with intentionally "dirty" sound, superior to Impiety one.

Therapy? opened the series "atypical" bands for Hellfest. Veterans of alternative metal scene in Northern Ireland, the band introduced a number of good songs, though not extremely spectacular, which included (weird for a band with a discography as vast as theirs) 2 coversongs. We had "Trigger Inside", "Potato Junkie", "Die Laughing" (dedicated to Dimebag Darrell & Kult Cobain) and, finally, "Nowhere".

Rob Zombie on the main stage ... insane! An exceptional staging for this industrial groove metal artist: a huge banner with the inscription "suck x die x crush / hate x kill x war / love x Death x sex", drums stand on a higher platform, two microphone stands with crucifixes, Ginger Fish drum solo. It was the time for the front of the main stage to suddently fill, for the man who was called the creator of "old school horror fucking metal". A concert that lasted exactly one hour and funny ended with "Enter Sandman" and "School's Out" covers.

Sepultura is a controversal band in this moment ... and they stressed this on stage, too. Slogans like "We Are Sepultura and we do not care" does not have the strength to percutate anymore... we are in 2014, though. 50 minutes were definitelly divided in two: tracks of "The Mediator Between Head and Hands Must Be the Heart" and classic tracks ("Arise", "Ratamahatta", "Roots Bloody Roots "). Lack of inspiration? Convenience? Time shall tell.

Iron Maiden had the most generous live on the first stage, first evening. And the largest audience, perfectly normal, if we consider the large number of spectators who have purchased ticket for first day only. Immersed in a deep blue background with the backsong of "Doctor Doctor" Nicko McBrain enter the scene. They begin with "Moonchild" and "Can I Play with Madness". Bruce Dickinson is the atypical Englishman, communicating in French with the crowd. "Scream for me Hellfest!"... And we feel like Iron Maiden rises again to the fans expectations. Bruce often change clothes, the wallpapers rotate constantly. "Two Minutes to Midnight", "The Number of the Beast", "Seventh Son of a Seventh Son", "Fear of the Dark", "Sanctuary". Meanwhile, in campsite the French people are watching football on a huge screen. They scored 4-0 against Switzerland. Football, metals, fun. "Nous sommes la France et nous avons gagne"...

To make a choice between two or three bands that you like so much is a big pain. This was the case of Slayer and Death To All playing same time. If Slayer had already played twice in Romania, the temptation to see Death (even post-Schuldiner version) was huge. Death To All is more or less the ambition of Scott Clendenin and Paul Masvidal. "We are here to celebrated the name of our friend Chuck Schuldiner" - what actually happened. Death members from different periods, helped by Steffen Kummerer and Christian Muenzner from Obscura, did an excellent job on a set of classical pieces from defunct bands discography: "Crystal Mountain", "Spirit Crusher", "Symbolic", "Zombie Ritual", "Pull the Plug".

Enslaved is a pragmatic band. Norwegians demonstrate each concert the level they reached was fully deserved. Seven songs in an one hour show, carefully selected tracks, which synthesizes 23 years of viking metal: "Death in the Eyes of Dawn", "Ruun", "Riitiir", "Ethica Odini", "Convoys to Nothingness", "As Fire Swept Clean the Earth" and a lovely "Allfadr Odinn" farewell.

Late in the night, exiled since they haven't arrived at the scheduled time, Godflesh provided a great end to the first day of Hellfest. The two rebel Birmingham's managed to turn round public already tired, being able to revive him with a sensational light show, lasers, projections and industrial sounds on a bearable limit, with a totally different dynamic show we could have follow up to that point. It was just the end of the first day of the most impressive metal festival in Europe. 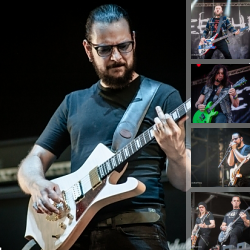 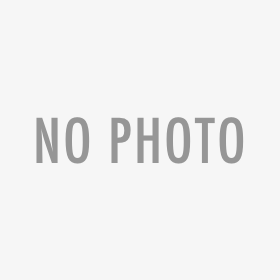 Obviously 10.30 AM is a a very odd time for a black metal concert, but not for Hellfest. With the sunrise just up the horizon...
Autor: Titus 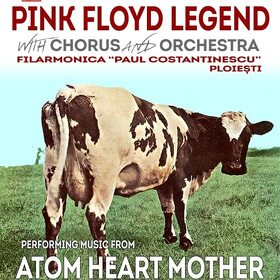 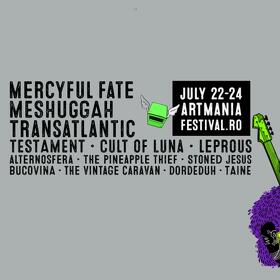 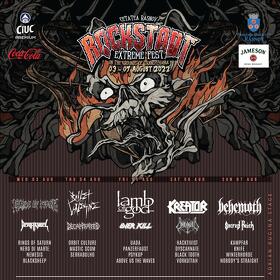