Difficult task to make an objective review of a CD for a band whose components are your friends ... One of these bands is this one, from Dresden. Sado Sathanas are active for 14 years, but until this year they never released any full album. And, frankly speaking, it wasn't bad to wait, because the final product is a very good album, both audio, as well as presentation. We have to consider the band's name (Sado Sathanas), the album's name ("Diabolic Opus"), you can also observe the evil elements in the presentation (turned cross, pentagram, black metal makeup)... Germans still do not use this arsenal more than an image, because if you are coming into contact with them come across some very friendly people. They already have some concerts in Romania (two trips, in 2008, and 2009), a name in the underground, they also tried a communication beyond language barriers to mice and cats from Romania (details in next issue of Balamuc Zine), they gladly receive any concert, whether 30 or several hundred spectators are there. Speaking about sound material, Sado Sathanas album falls into the melodic black metal (exaggerating a bit, it sounds the direction of Dimmu Borgir, Satyricon, Rotting Christ). The lyrics are entirely in German, the material is released in digipack edition and contains over an hour of sound assaults, and what we also know is that a famous German magazine labeled it as the worst album of the month. If they think so, we consider on letsrock.ro it's 10 out of 10. 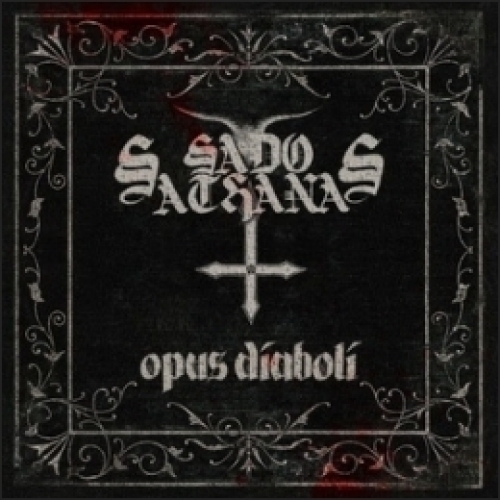