Epic viking metal meets melodic death metal is an original and inspired styles combination on this first album from German band Nothgard. The truth is that the band managed to combine in a harmonious way the two very loved music styles by metalfans nowadays... What will surely be a step forward for the young Bavarian band, which, although being a young one, has already been  present at a few festivals on their profile, such as "Metalfest", "Black Troll" and "Walpurgis Metal Days". Music is as it generally is, nothing "extremely original" - music already performed by band like Suidakra, Turisas, Amon Amarth, Moonsorrow, Ensiferum and others... legendary stories, heroic deeds, wars, paganism and many more in the mood for the beer and party. But...!!! An exciting album, equally aggressive and melodic (how much matters the keyboards in such a stylistic approach!), a mingling of styles that are also welcome in Romania (check Bucovina, Ka Gaia An, Carpatica). Note melodic death metal bending to the detriment of black metal - black being a trend becoming already boring at other bands today. "Warhorns Of Midgard" is an album full of medieval breath, but, unlike other German bands who have hardly developed this kind of music  (In Extremo, Corvus Corax or Haggard), Nothgard has that strength to be distinguished by fast music printed in its songs. A pagan metal classic lovely played, an interesting debut, a band you have to save in mind! And in your collection of CDs, of course! 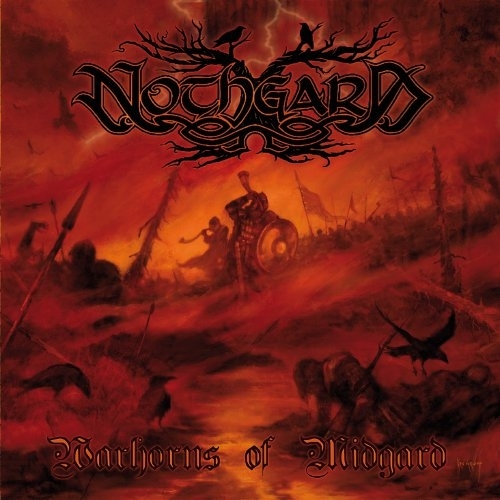