What do you think comes out when three people with different musical tastes meet each other: punk, industrial and black metal? Seems to be a hybrid job, which can be labeled like, let's say "digital experimental electro industrial black metal punk".

French band reached 5th album and, besides its 100% chaotic musical direction, we also have headaches trying to follow French and English lyrics not to mention "do it yourself" cover, as in the glorious days of anarchy.

Once again, punk feat black metal, I think the album title is suggestive enough to elaborate what you will hear on this album ("Smells Like Riot"). A band that breaks any musical cliche, an album about all evil on the planet: nuclear disasters, -¹bad politics, religious indoctrination and the negative influence of the mass-media. A CD where each member speaks his own language, yet leaving an incredible mix. Madness! I think a DK Dance concert would be a unique experience. Certainly not something that ever occurred in Romania ...

Of course, if you do not want an extra CD on the shelf, go to the band's website. You can legally download for free. Thank to the band for that! 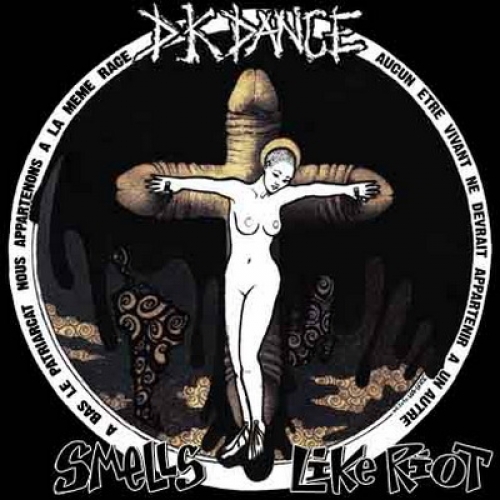