Folk metal is very appreciated lately. A lot of bands emerged, fan base has grown and a lot of good albums were released.  The bands are invited at the best festivals in the world and very succesful tours are being organized.

Dibbukim is a very big surprise for me, because I have never listened before to a Yiddish Metal band - of course, the base behind this title being still folk metal. This concept is very interesting and the band manages very well everything. The combination between metal and traditional music and the feminine voice accompaniated by the masculine one, creates a very distinctive sound.

The single "Oyfn Veg Shteyt a Boym", released in 2010 as a teaser to the future album was a succes and many flashlights were pointed at the band. Fortunately, the whole album rises at the expectations created by the song.  At the debut, Dibbukim don`t dissapoint, but more, they managed to compose a strong and varied album, and they stand with a different abordation than other bands from the genre. The album is not a milestone for folk metal, but the tracks flow naturally and they monopolize the listener`s ear. Riffs and solos are catchy, very well executed and the right doze of complexity and melody saves the material of being a boring one. The tracks are original ones, except of some covers.

Some of the tracks are sorrowful and sometimes you have the impression that the vocals are doing some incantations.  The track "A Mol iz Geven a Mayse", is a very good example for that. Unfortunately, i can`t say what the lyrics are about, because they are being sung in yiddish, but the way they are sung is a very pleasant one; the voices are full of melodicity, sometimes operatic and they blend perfectly.

The album is going to be liked by the fans of Tyr, Elevenking, Arkona, but i am sure that every metal fan may well be left to be carried away by the melodies, in a very delightful way.  A very good album, excelent produced and the artwork is well made and makes you think of a lithography or a ilustration for an old book. There is a Golum represented.
A mark of 9 from my side. 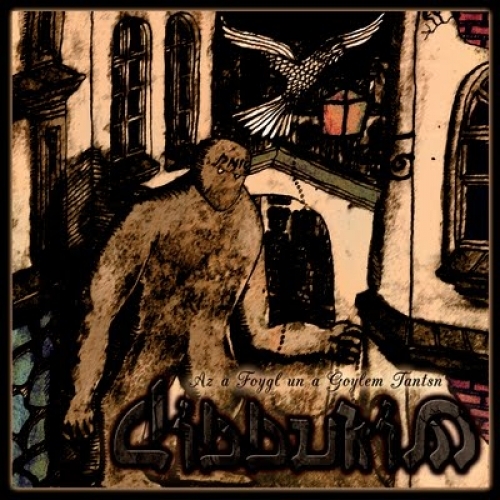