Formed in 1981 under the name Prospex, as a punk band, thrash metal band Anihilated (do not confund with Annihilator), in UK, is almost unknown in Romania and also worldwide. It is true they only released three albums, two splits and one EP,and for many years the band was innactive, from 1989 to 2010, year when their last album was released, under the name Scorched Earth Policy, but the band play a correct thrash metal which should be liked by the public. The album I want to talk about is The Ultimate Desecration from 1989. Many could consider this band, as the English clone of well known band Slayer, and this album as the clone of the Hell Awaits album amd they won`t be mistaken a lot. When I pushed the play button I thought I've mistaken the album.  It sounds exactly like Slayer. Maybe this is the reason they did not got bigger and made career, being considered another clone band with nothing new on the table. But I think the principal reason is that the songs aren't catchy at all, and by catchy I don't mean  "sell-out" or "pop". I'm reffering at the power of the song to catch you in its atmosphere and bring memorable lyrics, a hunting riff, the sfredeling voice in your head. Those were and still are qualities of the old bands from the '80 and because of that new bands like Warbringer or Evile, succeded to impose themselves. Anihilated try and fail. The riffs are boring, even annoying at times, like they were riffs played by Kerry King or Hanneman as a game, before they go to create the real music. At first the music seems OK, looks like Slayer or Exodus but after you see that is too generic and uncultivated to impose. And the voice is a minus and the guitars are to in the front and kill the passion of the vocalist. The only plus is the atmosphere and this can save the album. I am sure that a thrash fan would find things to like here. I can't say it is a bad album, it is only a vague copy but it isn't unpleasent for the ear. You can listen and enjoy it a few times, but after that you'll get bored and forget it. And you'll get back to the original. A 6. 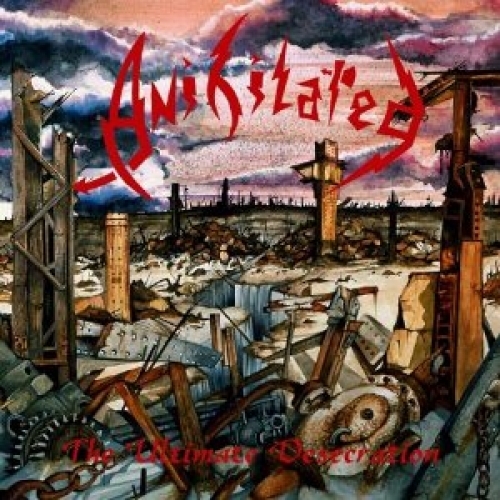 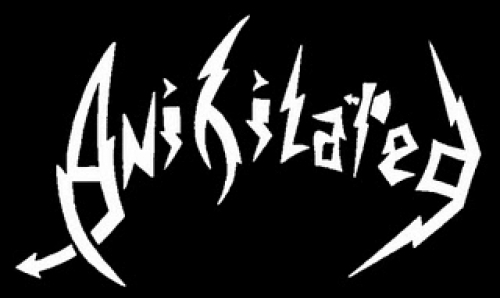