Gabriel Groza - voice and all instruments

History of this band starts about four years ago. Started much earlier as black metal band, in 2007 Aabsynthum has a radical turn to funeral doom. It is said to be the first band of its kind in Romania ... may be, maybe not, but certainly they are the first from the new musical direction with this album finished. "Non ad Forms ... regressus origin", in the form of self-produced, was launched in 2009, two years later having this one on the market. The second CD is called "Inanimus" and was produced in better conditions, by a small record label specialized in Russia, Marche Funebre. A devastating album, morbid and depressing, a series of terrifying experiences at the boundary between life and death. Groza Gabriel, the founder and, for a long time, the main composer of the project, have made it by himself, alone, now Aabsynthum including only himself in the line-up. Situation reminding of Tiamat with famous "Wildhoney" material released in the band's most critical moment, when Johan Edlund had to be abandoned by almost all other members, but nevertheless made the most spectacular of his career album. Be the same situation with Aabsynthum? Of course, here we are in the underground, yet subtle at the sinister feelings transmitted by these songs make us believe that we face an album equally delicious and deeply. 5 pieces very long, far from being boring, neat presentation, a clean record. For connoisseurs - a jewel, for others - a study material. 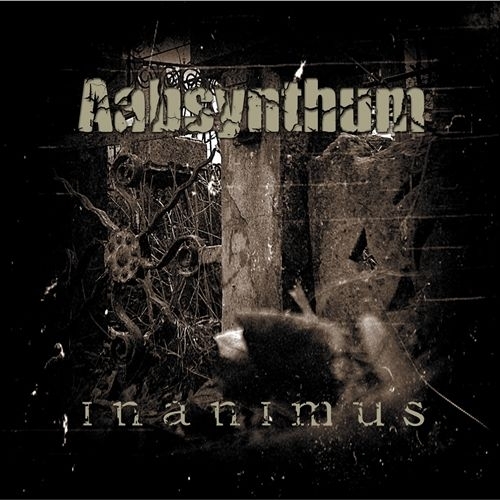